Pope Francis: The Pope from the End of the Earth 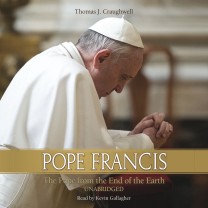 On March 13, 2013, the world waited in hushed anticipation for the announcement of the new Successor of Peter and leader of the Roman Catholic Church. For weeks the news had been filled with discussions and speculation of leading papabili. Now, finally, the new pope would be revealed. But when Jorge Mario Bergoglio appeared the world was momentarily stunned. Who was this humble Cardinal from Argentina who emerged onto the loggia, choosing the name Francis, in honor of St. Francis of Assisi?

Available for Purchase at TANBooks.com Here